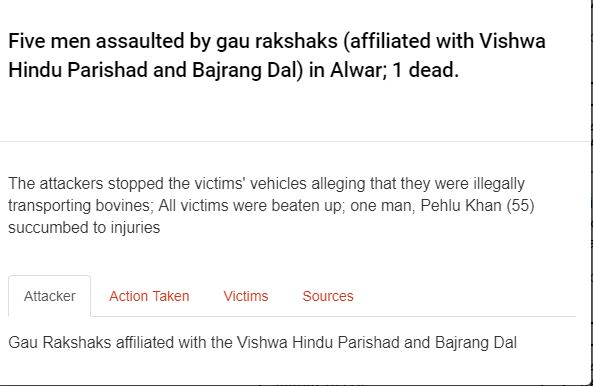 Three men, who were traveling with Pehlu Khan when a mob of vigilantes lynched him, have been accused of offenses related to cow smuggling in a charge sheet filed by the Rajasthan Police in a court in Alwar's Behror town, officials said.

A fourth man, who owned the vehicle in which Khan and others were transporting bovines, has also been named in the charge sheet, they said.

The charge sheet was put up before the additional chief judicial magistrate in Behror town of Alwar district on January 24.