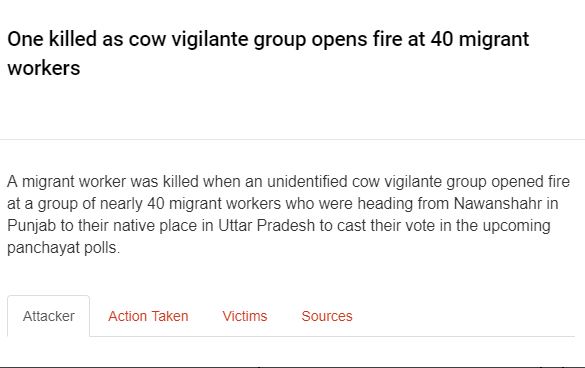 Inspector general of police, Karnal, Hanif Qureshi has said that a police party was present at the naka near Bhanukheri village in Karnal district looking for bovine smugglers and probably they opened fire without verifying details of those traveling in the canter.

Investigators are zeroing on the role of the police personnel in an incident where a group of alleged cow vigilante shot dead a migrant worker in Indri subdivision in the wee hours of Wednesday.