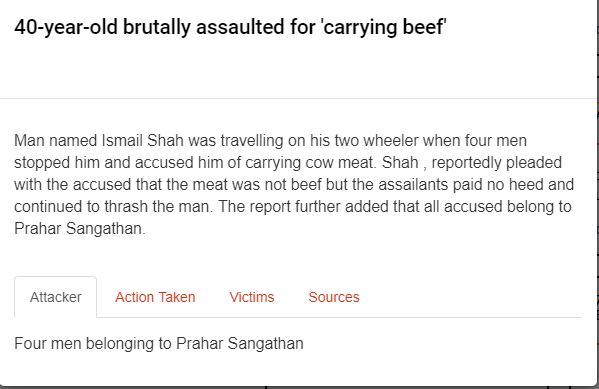 A 40-year-old man Ismail Shah (BJP member) was reportedly thrashed by four men in Nagpur's Bharsingi area on Wednesday,  on the suspicion of carrying cow meat. All four accused have been arrested in the case based on video evidence