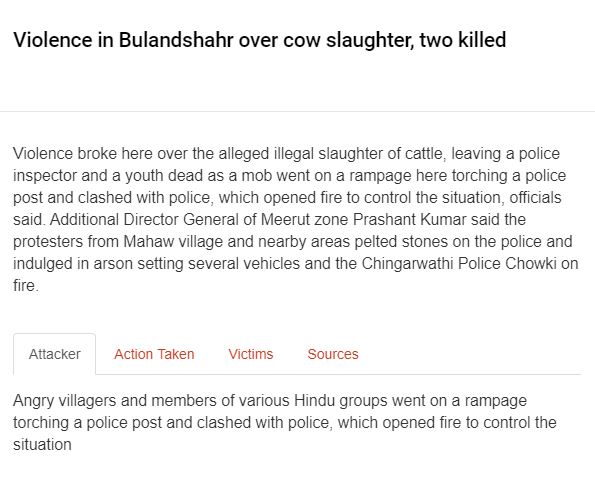 The further investigation has led to arrest of 3 people it is to be noted that "“dead cow meat was hanging in a sugarcane field. Head and skin of a cow hung as if they [were] clothes on a hanger. It is strange because anybody who would indulge in cow slaughter would not put it out for display, " It seems the incident was to provoke the reaction of people

Not specific from one group

On 3 December, residents of some Uttar Pradesh villages, joined by some Hindu outfits, protested cow slaughter in their area. A police officer and a civilian died in the violence. Two weeks later, key accused are yet to be arrested and the “conspiracy” far from being solved.