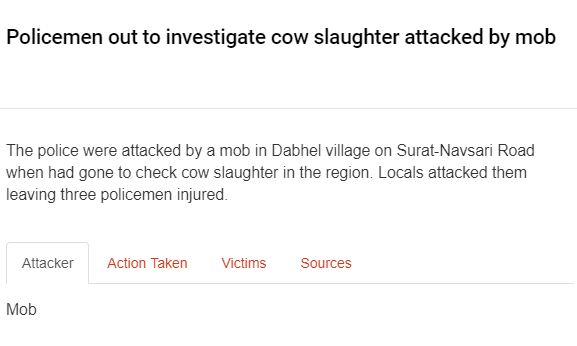 Five persons, including two policemen, were today injured in an incident of police firing and stone pelting in Dabhel village in Navsari district of Gujarat The incident took place when members of a minority community attacked a police team, which had gone to probe reports of cow-slaughter. Police lobbed tear-gas shells and later fired in the air to disperse a violent mob in the village.