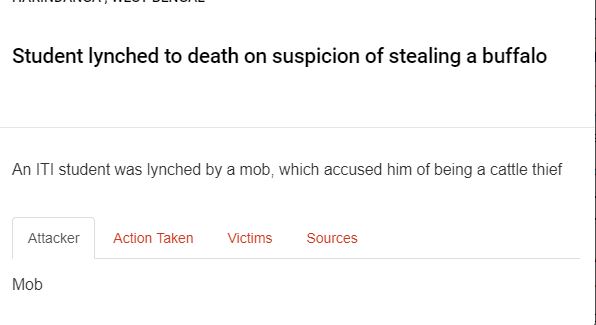 The mob, comprising of Trinamul activists, dragged Kaushik Purkait towards a club and assaulted him and released him only after his relatives paid Rs 60,000 for the stolen buffalo.