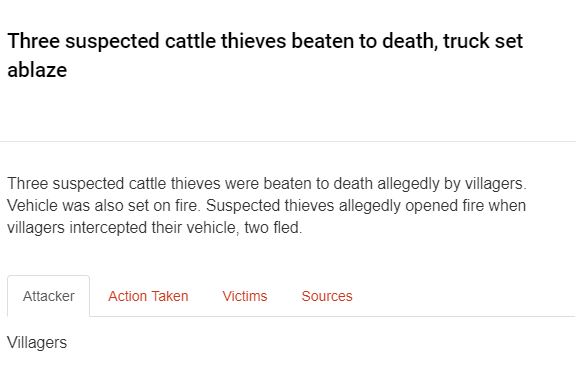 Anaf, Arif, Nazim and 2 others

Three cattle thieves were beaten to death allegedly by villagers of Kaimrala in Dadri on Sunday. Police said a vehicle was also set on fire and additional forces were rushed to the area after the incident.