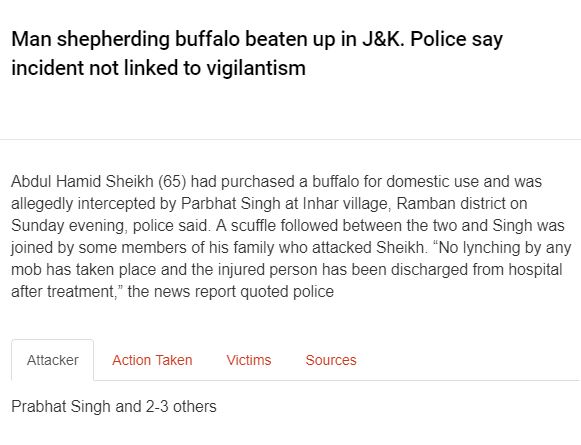 A scuffle followed a heated argument between the Singh and Abdul Hamid Sheikh which led to other members of the family to join in and attack Sheikh.

“As soon as the matter came to the notice of the police, a party led by local station house officer immediately rushed to the spot. Sheikh was shifted to a hospital for medical treatment and a case was registered against the assailants,” the statement said.

“No lynching by any mob has taken place and the injured person has been discharged from hospital after medical treatment,” police said.